The shrine princess of Hoori's shrine.
A strongly earnest girl, she's often mistaken as somewhat standoffish,
but she is actually a gentle girl at heart.

She's also rather expressive and has a childish side to her.
Though she always tries to appear cool and collected, she's too clumsy to pull
off the facade. 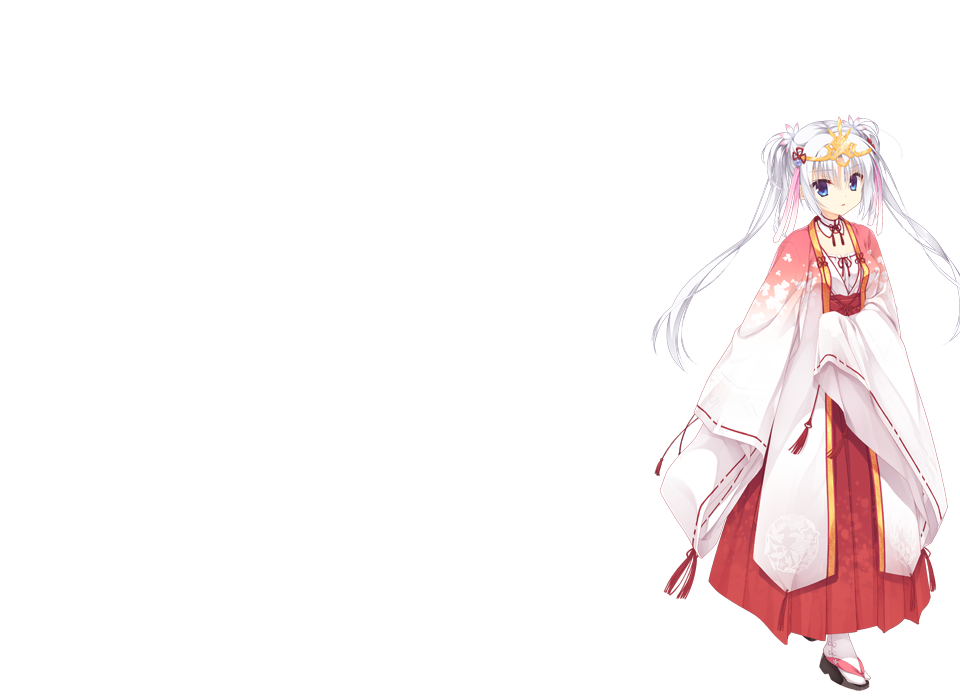 From birth, she was raised to be the shrine princess' bodyguard.
She takes her work seriously, but work is the only thing she takes seriously.
Playful to a fault, she loves pulling pranks and poking fun at anyone and everyone.
However, she's easily flustered and gets embarrassed whenever anyone praises her
more feminine traits. 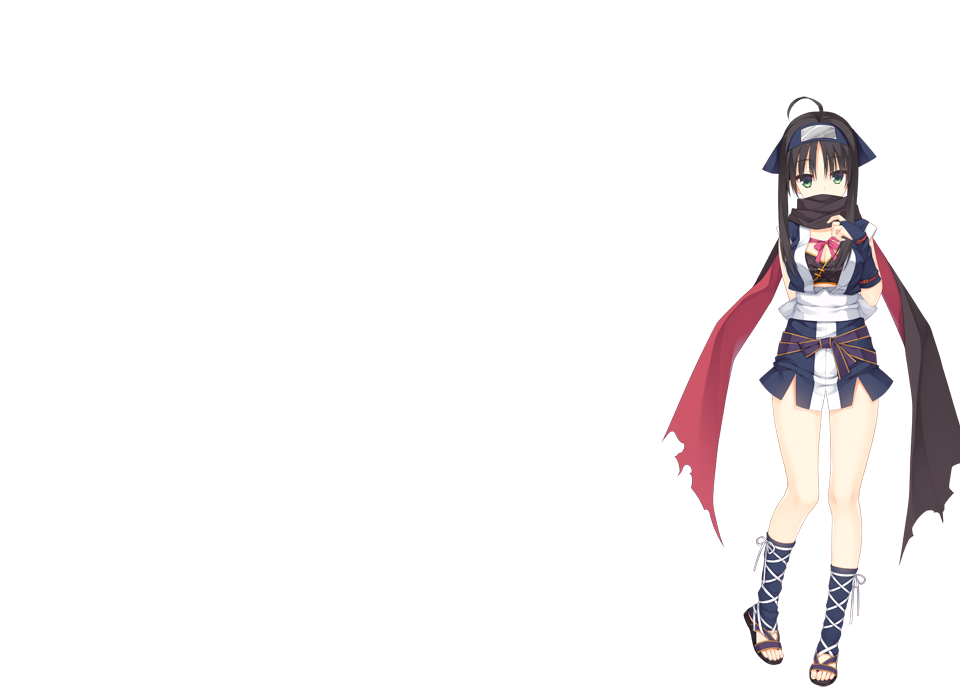 The caretaker of the divine blade, Murasamemaru.
Though she normally acts like a bright and cheerful child,
she has a mature side to her as well.

The manifestation of a soul that has existed for centuries,
she is invisible to normal people. Despite being a spirit herself,
she is terrified of ghosts. 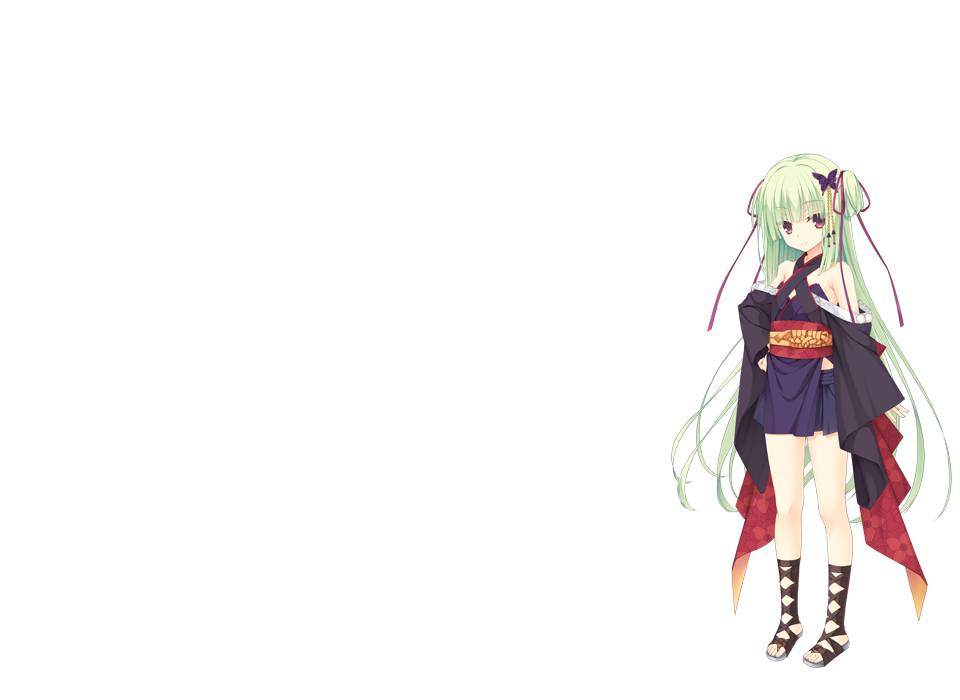 A transfer student studying from abroad.
She's a lively, kindhearted girl who, for better or worse, is as straightforward as it gets.
No matter how many times she fails, she'll get right back up and keep going.
"This isn't enough to get me down!" is this optimistic girl's favorite phrase. 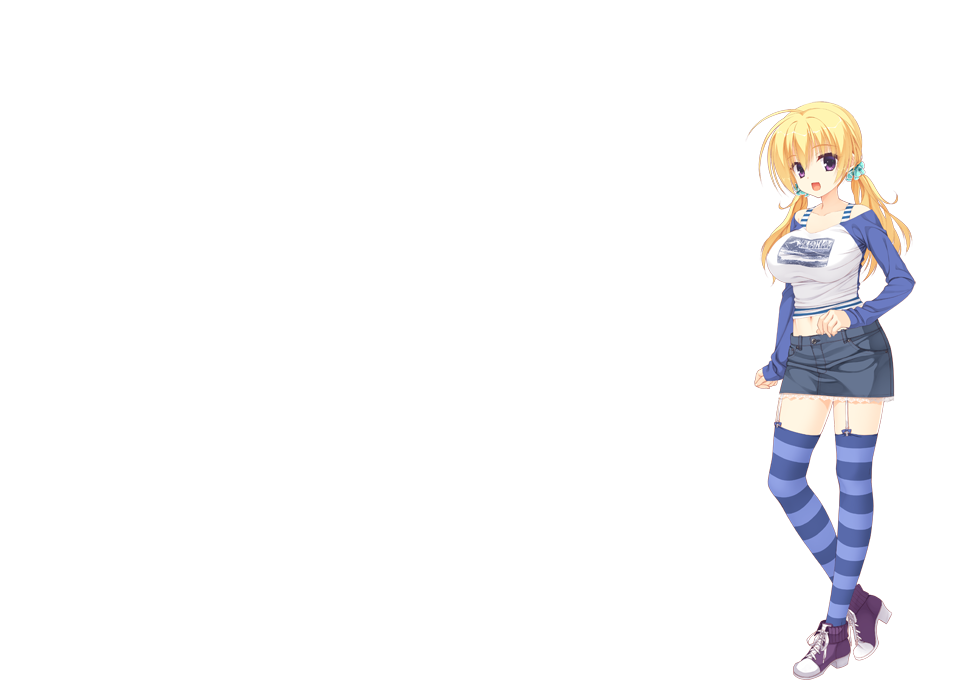 The protagonist's cousin, she's one year younger
than him. Though she's normally kind, when it
comes to her brother, Kurama Rentarou, she turns
rather strict. Works at a nearby Japanese sweets
shop.

An older girl who was friends with the protagonist
when they were kids. She has since graduated
school and now manages her parents' sweets shop.
She often plays up her age, but in reality she has
has no experience with romance.
The protagonist's cousin.
He's the same age as Masaomi, and the two
are fast friends.

He's a good-natured kid at heart, but perhaps
a little too easygoing.

A no-nonsense doctor who comes from a family
with a long history of distinguished medical
professionals.

She runs Hoori's clinic and has the trust
of all the townsfolk.

Yoshino's father.
A gentle soul who almost never gets angry.
He married into the Tomotake family and now
serves as the shrine's head priest.

The protagonist's grandfather.
He's as strict on Masaomi as he is on himself.
Though he owns a Japanese-style inn, he is,
for the most part, retired.